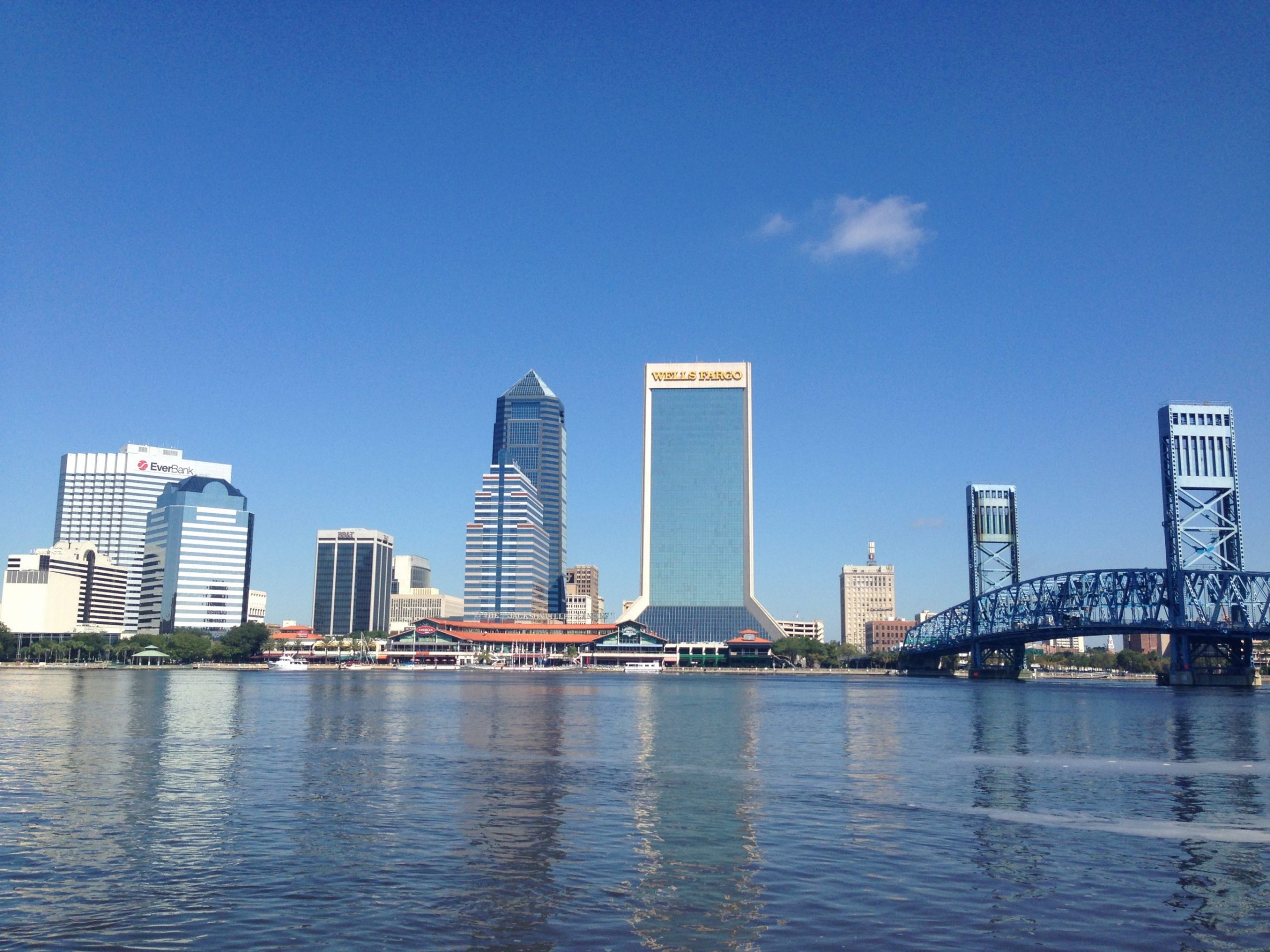 We finally made it to Florida! With no state income tax, we wanted to seriously consider Florida as our next place to live. For this reason, we were planning on visiting several major cities in the Sunshine State. The first city on our list was Jacksonville, the most northeast major city in the state. We began our tour of Jacksonville in the downtown area.  While in downtown, we stopped at Jacksonville Landing, a disappointing low-end mall with a few chain restaurants.

Even though the shopping center wasn’t what we were hoping for, there was an outdoor walkway along St. John’s River with a decent view of the river. We also noticed a large fountain on the other side. In order to get a closer look at the Friendship Fountain, we crossed a bridge, which gave us a different viewpoint of downtown Jacksonville.

After seeing the business side of Jacksonville, we wanted to see the beaches. We started with Atlantic Beach. The Beaches Town Center in Atlantic Beach consisted of quite a few unique eateries ranging from sushi and seafood to a taqueria. This area reminded us of a smaller version of the SoCal Beach Cities where we used to live. One difference though was the boardwalk leading out to the beach. The beach itself was nice, but the nearby residential neighborhood wasn’t as beachy chic as we were expecting.

Next we headed south through Jacksonville Beach. This was also a nice beach, but the commerce was lacking and felt somewhat like Myrtle Beach. We continued driving and circled back around through Jacksonville to the Riverside and Avondale Historic Districts. The neighborhoods were charming with their large, older homes and oak trees with Spanish moss. Before leaving the area, we hit up the Shops of Historic Avondale. There weren’t as many boutiques and cafes as we were hoping for, but it was still refreshing to see something other than the typical chains.

Whether traveling between destinations or exploring an area, we’re pretty much on the road every day in one way or another. I can’t remember the last full day off we had. Not wanting to go anywhere today, we spent the entire day relaxing at the campground. This was a nice change of pace. I sometimes envy the weekend RVers who stay at their campground site simply enjoying their RV and the outdoors. Once in a while we have to remember to do that ourselves.