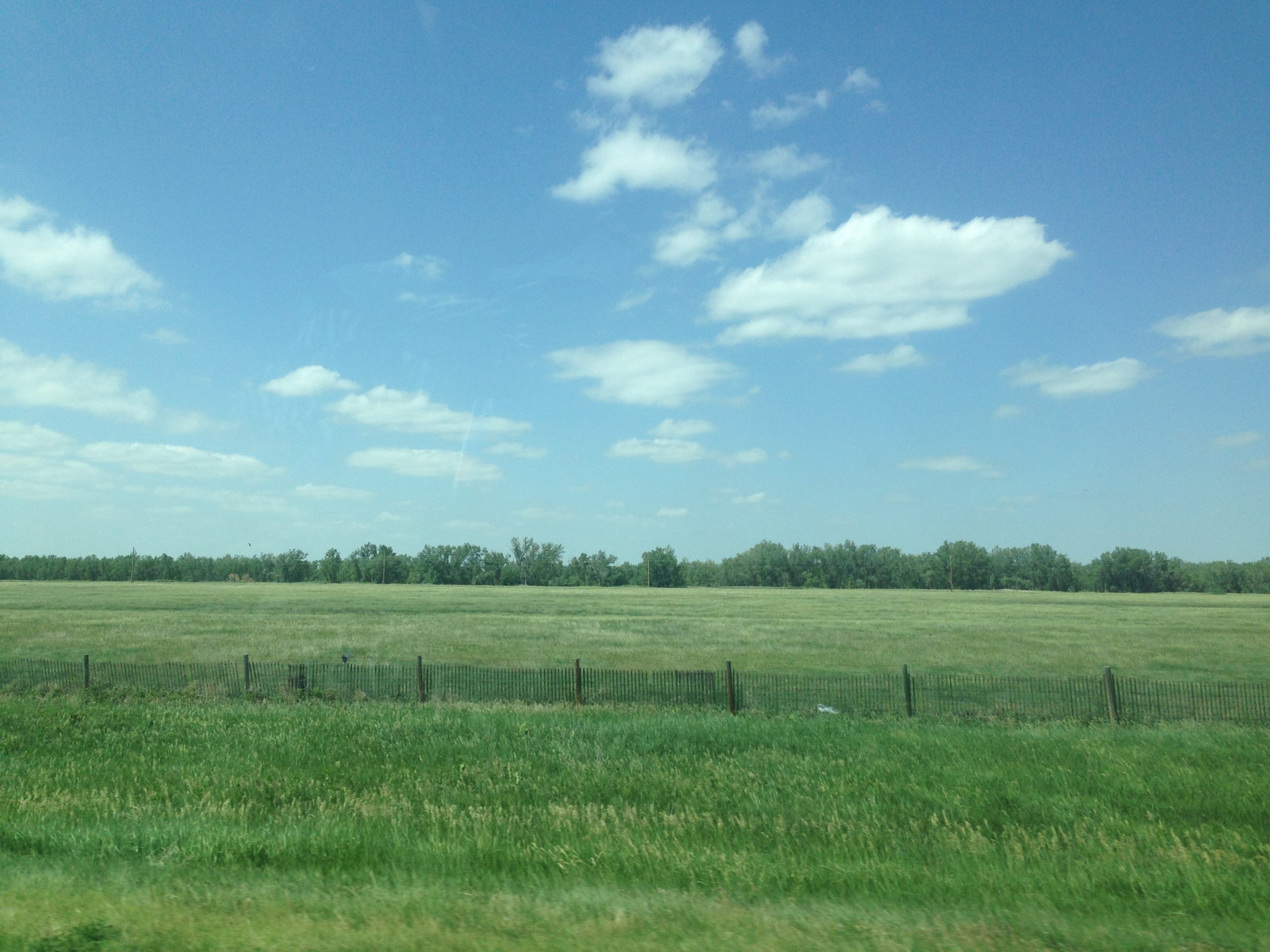 This was a rough day.  We learned a valuable lesson about planning ahead.  So far, we’ve been winging it with the campgrounds, booking them as we roll into town.  That strategy didn’t work out with Denver though.  Find out why by reading below.

We’ve been getting better and faster at unhitching the trailer from the truck and hitching it back up.  This morning though, not so much.  Our new slogan is “Camping ain’t easy.” Haha! We ran into a few obstacles.  However, I see them as a challenge to figure out and overcome.  Thinking back to our fun little trip along Lake Michigan where we got stuck on the dead-end street, we focused on the fact that we got through it.  We also reminded ourselves that we can now handle anything that comes our way! Okay…challenge accepted! We figured out the issues we came across and got on the road, leaving Omaha, Nebraska and heading to Denver, Colorado.

Now that we’re towing a 6,800 lb trailer though, our gas mileage has pretty much been cut in half and we can’t go as fast.  Therefore, it’s taking us longer to get from one place to the next as our speed has decreased and now we have to stop for gas every 200 miles.  The drive to Denver took all day and was our least favorite drive so far.  Most of the time we spent driving was in Nebraska, and the area west of Omaha becomes very flat with dryer grasslands.  Once we reached Colorado, I was hoping we would suddenly be in a forest, but that wasn’t the case at all.  Outside of Denver was very dry, flat and dull (a lot like what I initially pictured the Midwest to be like).  But luckily the further we drove into Denver, the nicer it became.

We had wanted to stay in the Denver area for quite a few days, and so far we had been booking overnight campsites as we were pulling into the towns.  We hadn’t had any issues with campsites being booked with no available campsites…until now.  When we were still several hours outside of Denver, I began calling campsites to make a reservation for the next few nights.  But I called all of the campsites in the Denver area (including some pretty far outside of Denver) totaling 18, all of which were completely booked for the weekend!

We were shocked! We assumed there would be ample campgrounds in Denver, but then we realized that it’s summertime, it’s the weekend, AND it’s Father’s Day weekend at that.  All of those factors added up to absolutely no availability.  Lesson learned: try to book at least the weekend campgrounds in advance, especially if it’s a holiday.  It’ll be challenging though because it’s hard to predict when and where we’ll be at any given point.  We like being able to roll into a town, get a feel for it, and then decide if we want to stay to explore it more or continue on to the next place.

That plan obviously didn’t work for Denver though.  We had actually wanted to stay there for several days, but with nowhere to stay for the night, we found a Cracker Barrel to park at and grab a meal while we figured out a back-up plan. Since Cracker Barrel is one of the few places with RV parking, we asked the manager if we could park there overnight, and he kindly agreed to let us stay.⁠ So far, so good, but the story continues…

Around 1am while trying to sleep in the Cracker Barrel parking lot, my hubby woke up to the RV rocking back & forth. He saw some guys outside by our RV and knew they were up to no good. Turns out, they were trying to rip the license plate off the back of the RV. Justin jumped out of the RV to try to scare them off, but instead, they pulled a knife on him and chased him through the parking lot while I was inside the RV calling 911.

Luckily, the a-holes trying to steal our license plate realized the police were on their way and took off. Thank goodness Justin wasn’t hurt, but by then we were completely traumatized and shaken up. After that, we weren’t in the mood to stay at that particular location and didn’t have many other options at that point. So, unfortunately, we had to cut our visit to Denver short. We took off in the middle of the night heading west on I-70 into the Rocky Mountains where we ended up staying the rest of the night at a hotel in Vail, CO. So bummed that we didn’t get to actually see or experience Denver!