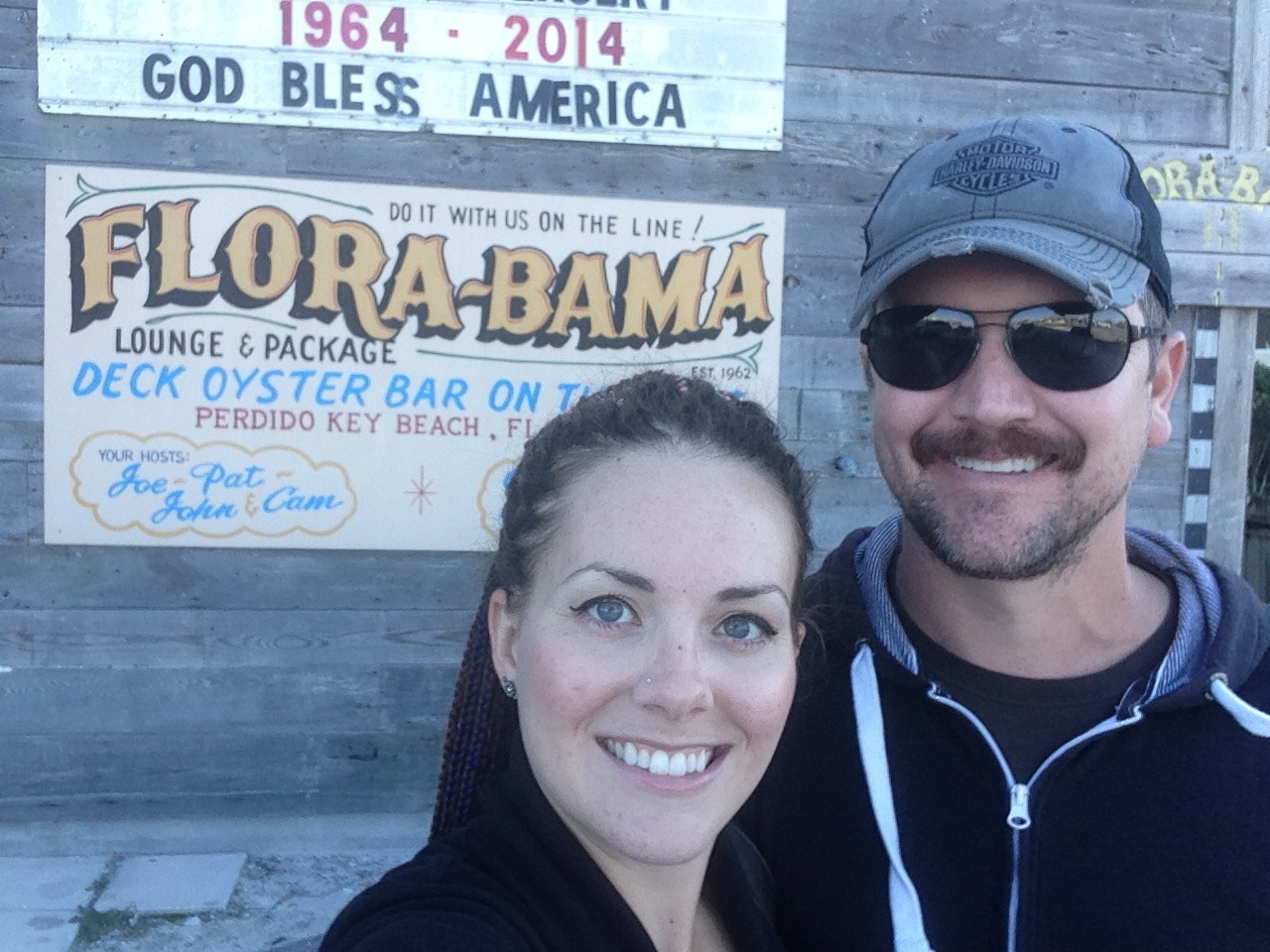 If our trailer hadn’t developed a colossal leak, we would have been done traveling by now. This is one of the major life lessons I’ve learned on this journey. I’m a hardcore planner, but I’ve realized that you can only plan so much before life takes over with its own plans. Everything worked out though because we’re still not sure where we’ll be moving when our road trip is complete. So instead of being done and having to figure out where to live next, we’re spending Thanksgiving on the road. Throughout our travels, we’ve discovered that one of the few restaurants in the country with RV parking and convenient locations right off the main highways are Cracker Barrels. Pulling off the freeway with a 35-foot trailer in tow can be challenging in itself just with maneuvering, but then trying to find parking on top of that is practically impossible. Cracker Barrels has since become one of our favorite joints (even after the fiasco in Denver)! Plus, it’s super affordable. For example, they were offering a full Thanksgiving meal including a drink and a piece of pie for only $10.99! You can’t beat that! We figured we’d stop at Cracker Barrel on our way to our next campground near Pensacola in Gulf Breeze, FL. But yet again, life wasn’t a fan of our plans and tossed them while laughing at us. The first Cracker Barrel we pulled up to didn’t have any parking, and I don’t mean there just wasn’t any RV parking, I mean there was absolutely no parking available. Cars were parked on the grass! Then the second one we came across had an hour-long wait. We didn’t want to be driving in the dark, so we ended up getting set up at our campground and then driving 20 miles to the nearest Cracker Barrel. Having Thanksgiving while traveling isn’t the same as spending it with family, but Cracker Barrel was a good substitute! 🙂

The campground we were staying at was conveniently located on the barrier island of Pensacola Beach just 9 miles from Pensacola, FL. We made the short drive across Pensacola Bay into Downtown Pensacola. Not knowing what to expect from the westernmost Florida Panhandle town, we were thrilled when we turned onto Palafox Street! Unlike many of the other Sunshine State destinations, Pensacola actually had a surprising amount of character. Instead of run-down motels, there were art galleries, clothing boutiques, and sidewalk cafés, along with numerous restaurants and bars. The Tin Cow even advertised spiked milkshakes!

Originally founded in 1559, Pensacola is known as “America’s First Settlement” and has preserved its historic charm with a well-balanced blend of modern commerce. The style of architecture has a European feel with wrought iron balconies holding hanging plants and flags symbolizing Pensacola’s history. There’s a small town vibe with a good energy of people partaking in the wide selection of eateries along the street. One of the many features that impressed us about downtown Pensacola was the lack of chain restaurants. They were practically nonexistent in the area. It’s always refreshing to see local, individually owned businesses.

When we came across Al Fresco, an open-air food court of Airstream trailer restaurants, we knew we had to grab a bite there. Wanting to support our fellow “RVers,” we couldn’t pass up eating at one (or two) of the Airstream dining options. Justin ordered a grilled cheese sandwich with tomato soup at Gouda Stuff Gourmet Melts, and I had Hurricane Shrimp and Pacos Tacos from Z Taco Fresh Mex. Everything was tasty, and sitting outside, surrounded by palm trees while eating and soaking up the sun was the epitome of a Florida food experience.

Not far from Palafox Street is the Seville Historic District. This section of Pensacola includes historic houses that have been converted to boutiques, galleries, restaurants and coffee shops. Also nearby is the Historic Pensacola Village, a collection of well-preserved 19th-century houses now home to various museums. Pensacola can almost rival the cities of Charleston, SC, and Savannah, GA, when it comes to Southern charm (keyword: almost). Though not as large, the smaller size of Pensacola works in its favor, keeping the downtown area much less congested than the larger, better known Southern cities on the East Coast. This hidden gem of a small town seemed like a well-kept secret that we were lucky enough to stumble upon. Cheers to Pensacola!

Moving on to the “Redneck Riviera,” we headed west through the Perdido Key to the edge of Florida. Bordering the Alabama state line stands the world-famous Flora-Bama Lounge & Oyster Bar. I say “world-famous” because the Flora-Bama is a Gulf Coast landmark that has been declared to be the #1 Beach Bar in the U.S. and even the world. The beach bar roadhouse has been mentioned in at least 6 different songs, and Kenny Chesney has a song written specifically about it. Guess what his song’s title is. Big surprise: it’s “Flora-Bama”! Here’s the music video to give you a better feel for the culture of the bar:

Kenny’s lyrics don’t lie when they refer to “ball caps, photographs, dollar bills and bras; License plates from every state nailed up to the wall.” I give the Flora-Bama the official title of “Ultimate Dive Bar.” The enormous building contained several different rooms and seemed to be primarily constructed of plywood covered in Sharpie-written messages. Our concerns of the place falling apart were extinguished by the casual, laid-back atmosphere and overall good time being had by everyone there. There was also an outdoor deck and beach access contributing to the relaxed vibe.

We partook in a cocktail as we watched a live band performing under thousands of bras strung across the room from one side to the other. I can’t remember the name of the cocktail (goes to show what a good time I was having…haha!), but I want to say it was a concoction of rum, orange juice, grenadine, and Sprite. I’m not ashamed to admit that I love fruity drinks, and it quickly became my new favorite cocktail! Overall, the Flora-Bama is a place with a relaxed environment where everyone is welcome, and the main goal is to have fun. If we’re ever in the Florida Panhandle again, we’ll be back!

Tearing ourselves away from the Flora-Bama, we crossed the border into Alabama where we passed through Orange Beach into Gulf Shores, AL. We kept the party going by grabbing another drink at the beachfront bar of The Hangout.  We were shocked at how nice the beach was at Gulf Shores! Who knew that Alabama had such nice beaches?! I guess they don’t call it the “Redneck Riviera” for nothing though. While the coastal area isn’t exactly a high-end resort, the beaches are pristine! On our way back to our campground, we made a quick stop in Orange Beach to experience more of Alabama’s beaches and appreciate the sunset.