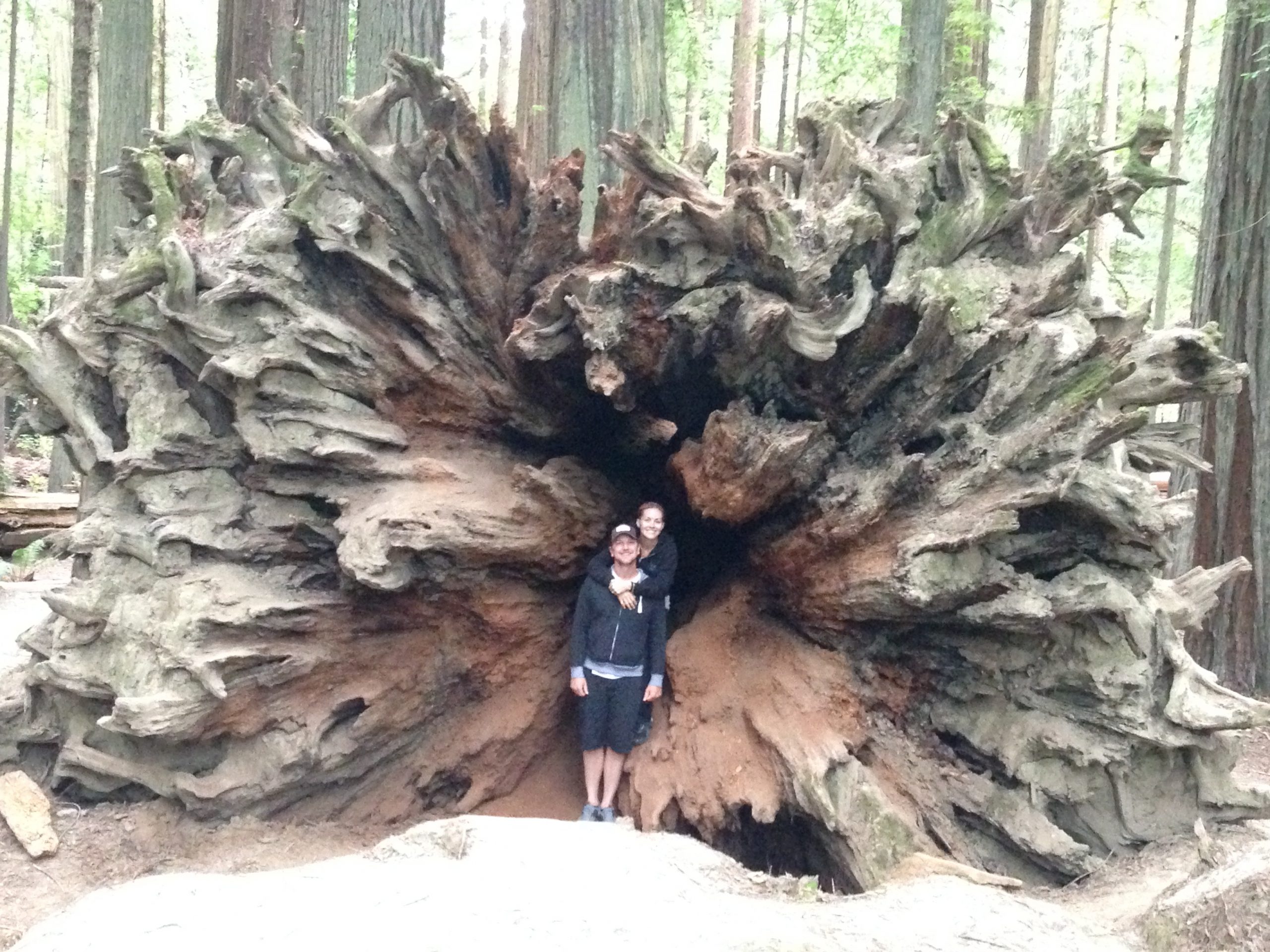 After the long drive we had yesterday, we wanted to take it easy today and finally unpacked the rest of the supplies we had picked up from our storage unit.   Towards the end of the day though, we got cabin fever and decided to explore the area a little bit.

We ended up in Loleta, CA at the Loleta Cheese Factory where we watched some cheese being made and sampled many of the different cheeses they produce. Our two favorite cheeses were the Hickory Smoked Natural Cheddar Cheese and the Havarti Herb & Spice Cheese. Mmmm…cheese!

It seemed like the only thing to really see or do in Loleta though was the cheese factory, so we then went to the Victorian village of Ferndale, CA for dinner. There’s an extremely narrow bridge on the way into the town. Glad we didn’t try to go to Ferndale with the trailer! The main street of the town is incredibly cute though with its Victorian-style buildings. Walking along the street almost feels as if you’ve stepped back in time.

The main reason we had stopped in Fortuna, CA for a few days was to see the Redwood Trees, so today we drove about 30 miles south to the Avenue of the Giants, a 31-mile scenic drive in the redwood groves of the Humboldt Redwoods State Park. The size of the trees was mind-blowing! Not only were they incredibly wide, but they were also extremely tall. You could stretch your head back as far as possible and still not see the tops of some of them.  As we were driving along the avenue, we came across a fallen tree with a gargantuan base and root system. We could literally crawl into the tree through an opening in the center of it! It was fascinating! I could have stared at that tree all day.

We continued the drive though, stopping along the way to stare in wonder at the giant trees and stand inside some of them. I have to say, it’s really quite humbling standing in the midst of such massive, ancient trees. The Eternal Tree House in Redcrest seemed intriguing, and since it’s a free attraction, we decided to check it out.  🙂 It’s so interesting to stand inside an ancient hollowed-out tree, especially one that had once been used for shelter probably centuries ago.

After Redcrest, we took the ½ mile loop trail through Founders Grove where we saw the Founders Tree as well as the Dyerville Giant, another fallen tree. Before the Dyerville Giant fell in 1991, it was at least 362 feet tall. To give you a better idea of  how tall the tree was, it’s height was 200 feet taller than Niagara Falls and comparable to a 30-story building! The tree was estimated to weigh over one million pounds. When it fell, it was so loud that people a mile away thought a train had crashed. I can’t even imagine what the earth-shattering impact of the falling tree must have been like.

Last but not least we visited Myers Flat with its Shrine Drive Thru Tree. The tree has a natural opening large enough for a car measuring 7 feet tall by 7 feet wide to drive through it. I would only recommend compact cars to attempt to drive through the tree though as the opening is rather tight. Unfortunately, there’s no way our pick-up truck would fit, so we just walked through the tree instead. Even though we couldn’t drive our truck through, it was still impressive to be able to actually walk through a tree. From the other side of the opening we guided a few cars through the narrow gap in the tree. Watching cars trying to squeeze through was quite entertaining, especially when a minivan barely made it!