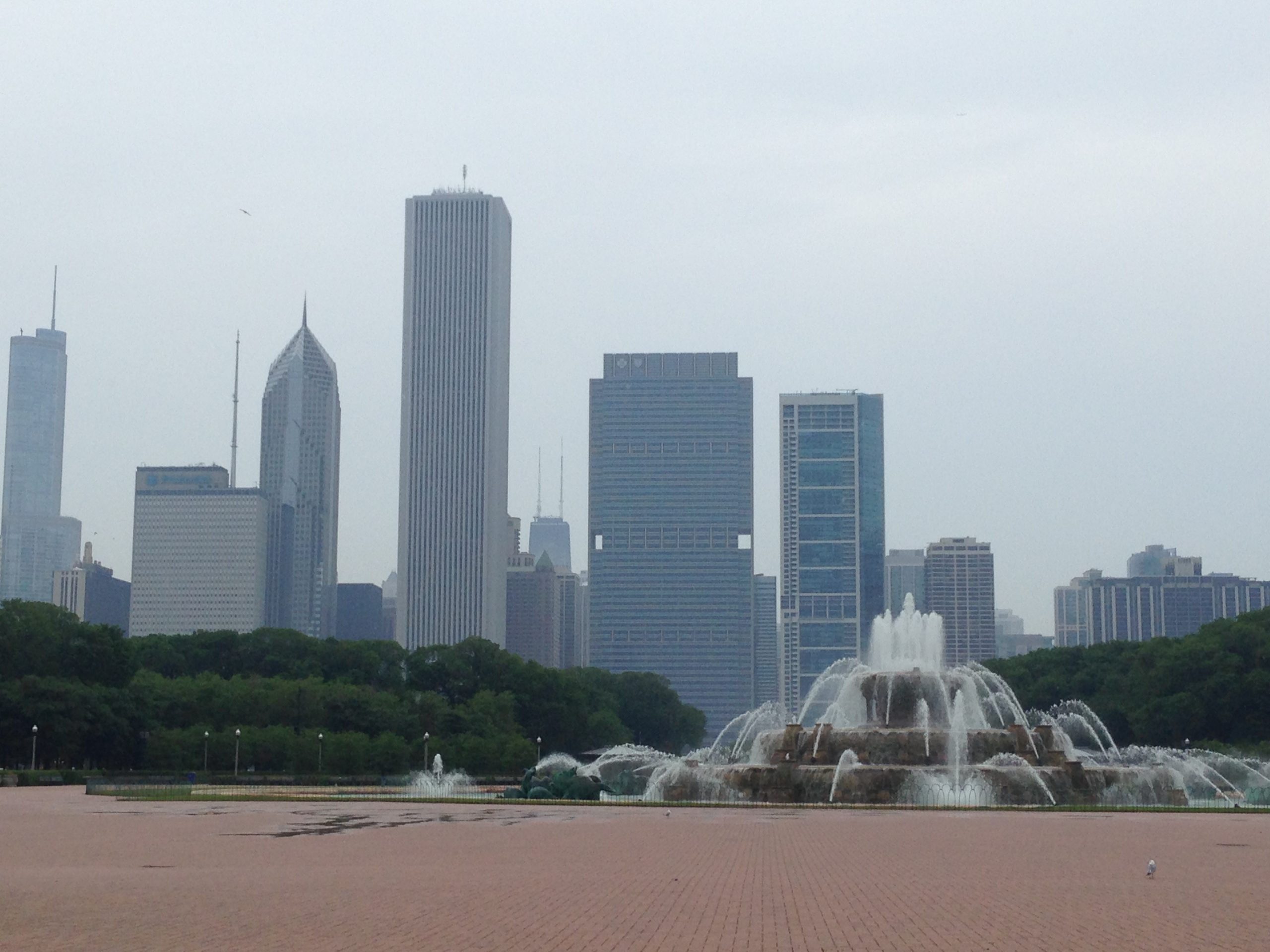 Time for the 9th stop on our route: Chicago! After everything we’d been through lately, we decided to reward ourselves with some Chicago deep-dish pizza.  And even though it was raining, that didn’t stop us from seeing the beautiful “Windy City” (luckily not windy during our visit)!

After spending the night at the campground in Michigan City, IN, we made our way to Chicago, IL! There were three different toll roads to get into Chicago totaling $6.50.  Then when we got downtown, we had to pay $8.00 for 2 hours of parking! It was well worth it though because we had authentic deep-dish Chicago pizza for lunch at Lou Malnati’s! So good! 🙂

We then drove around exploring downtown Chicago.  It was 60 degrees and raining, but it was nice out.  There was a fog rolling off of Lake Michigan that enveloped the skyscrapers bordering Lakeshore Drive.

Being right on Lake Michigan, Chicago has a beach that I was previously unaware of and several lovely, well-maintained parks.  There’s also Buckingham Fountain, the largest, most impressive fountain I’ve ever seen!

We then headed up to see Wrigley Field and drove through an area called Lake View East, which we really enjoyed with it’s brick buildings, brownstones and eclectic shops.

I have to admit, I honestly didn’t think I would care for Chicago because, truth be told, I’m over the congestion of big cities, but I actually really liked it.  I pictured Chicago being a lot like New York City, but it ended up being prettier, cleaner and not as crowded.

Heading back to Lakeshore Drive to head out of Chicago though, I saw a sign that said “No parking when snow is over 2 inches.” That pretty much killed any hope I had of living in Chicago as I’d really like to avoid dealing with snow.

Plus, on our way out of Chicago, we hit some major traffic reminiscent of Los Angeles traffic as well as 3 more tolls.  If we ever lived in the Chicago area, we’d have to either live right in the city and never leave or live outside of the city and never go into it.  Haha!