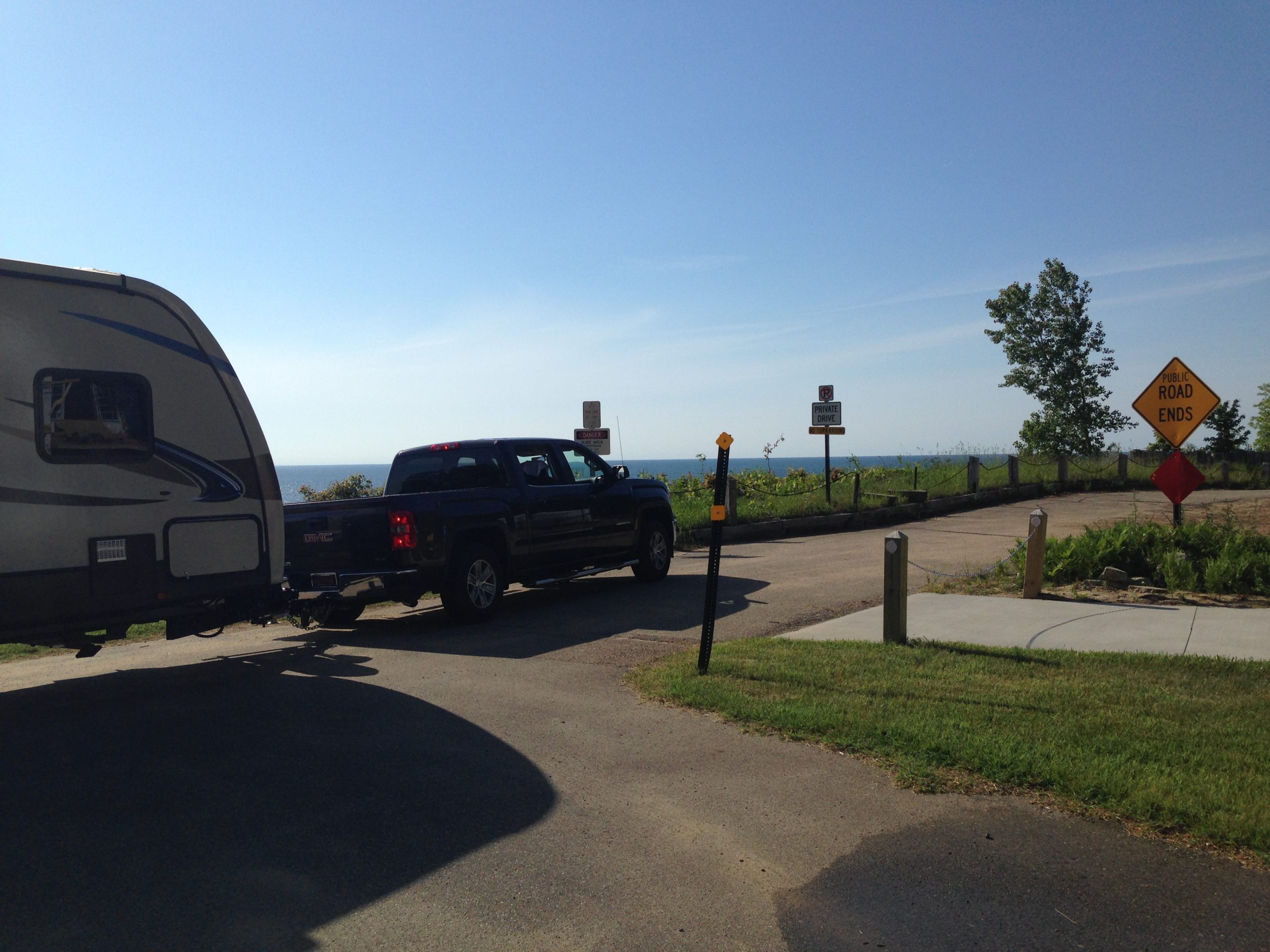 The past few days have been interesting.  We survived a crazy ordeal with the trailer the other day (read about it below), and since then I feel like we’re finally starting to unwind, be able to relax and actually get some good sleep for the first time in months.

Now that we’re settled into our trailer for the most part, we’re ready to start exploring some other areas.  We got packed up to leave the campground this morning and enlisted the help of some fellow campers to get the trailer hitched up to the truck.  Now that we’ve had other people help us with getting the trailer hooked up and unhooked, we’re starting to feel more confident with it.

Once we left the campground, we headed back toward Indiana.  Chicago’s our next stop, but we don’t dare take our trailer into the city, so we’ve decided to stay about 50 miles out from Chicago in Michigan City, IN.  Isn’t it ironic that we left Michigan and ended up staying in a little town in Indiana called Michigan City? I think so.  🙂

You have to be in a completely different mindset while towing/driving an RV though and re-think where you can go (i.e. stores, gas stations, restaurants, bathrooms, etc).  There’s usually not enough room or parking for a larger vehicle, such as a 34.5′ trailer.  On our way to the campground in Indiana, we were running low on gas and saw a sign off the freeway for a gas station.  We pulled off, but there were no other signs leading to it, so for some reason, we decided to go right.  Big mistake!

It was a wrong turn, and we ended up driving down a narrow 2-lane road through a neighborhood.  Lake Michigan was glistening on our left, but as we were enjoying the view, we reached a dead-end with houses on our right and a cliff on the left for the lake.  We had nowhere to go!  As I mentioned, it was a dead-end, and there was no room for a U-turn with a 34.5′ trailer. 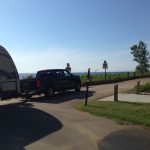 Stuck at a dead-end street! 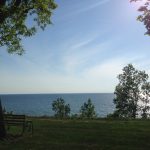 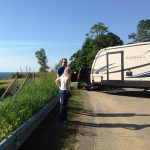 Susan helped get us out of there 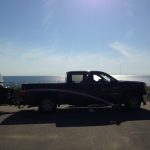 After spending about 30 minutes making a 20-point turn with the trailer trying not to go over the cliff or run into someone’s front yard or house, a lady came out of her house nearby to help us.  She guided us, directed us to back up into her driveway and got us turned around.  We made it! It was a miracle!!!

The lady who helped us deserves a HUGE shout-out! Her name is Susan, and she was a God-send! She saved us and our truck and trailer from disaster! After we got straightened out to head back, I gave her a hug and thanked her profusely between sobs.  I broke down crying from sheer relief. That was seriously the most traumatic, nerve-wracking experience of our lives! But now, after getting out of such a scary situation, we feel like we can handle anything! By the way, we eventually made it to our campground in Indiana.  🙂