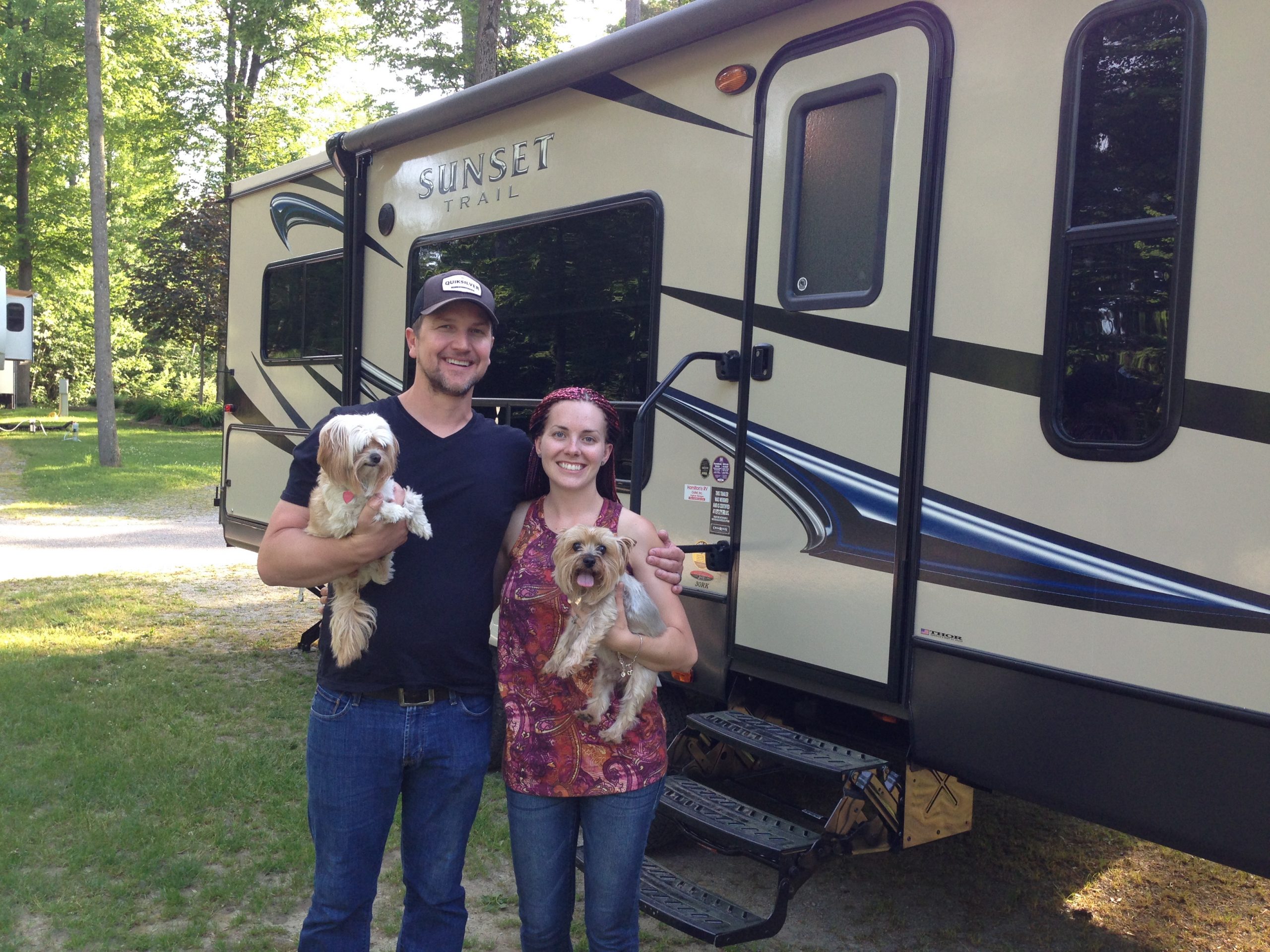 So we finally made it to Michigan, the 8th stop on our route! What a wild ride it’s been to get to this point and have our trailer! Home is now wherever we park it.  😀 Sorry I haven’t been able to post in a few days.  It’s been challenging to get decent internet reception and figure out the best way to upload all the photos, but I think I’ve got a good system now (fingers crossed).  So to get things just about up to speed…

We left Indianapolis first thing in the morning to head to Michigan where our trailer was waiting for us.  We had ordered it a couple of months ago from a dealership in Saginaw, MI because it was MUCH cheaper there than if we had bought one in California.  It had been sitting on their lot waiting for us, and we were anxious to pick it up and actually have a home rather than have to hotel-hop night after night. 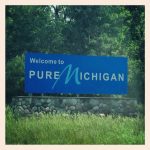 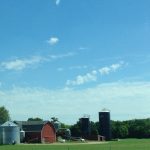 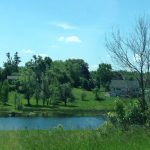 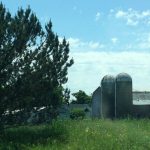 We finally made it to the dealership and saw our fabulous 34.5′ trailer! They got it hooked up to our truck and then took us around the entire unit, showing us how everything works inside and out.  Talk about overwhelming! Information overload! I recorded the entire walk-through, but it was still a lot to take in for first-time RVers.

After we went over everything, the dealership was closing up shop, and we realized that it was time for us to actually tow this massive trailer with our truck.  Neither one of us had ever towed anything before.   It was pretty nerve-wracking.  Some questions we asked ourselves as we were driving off the RV dealership lot with our new trailer in tow: 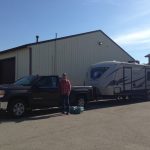 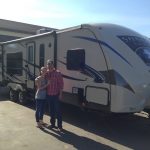 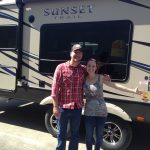 We decided to set up camp at a campground in Birch Run, MI not far from the RV dealership.  We weren’t able to make the turn into the campground site the first time though, so we circled around for a second attempt.  Some fellow campers saw us struggling and came over to help.  Thank goodness! It was hard enough turning the trailer while driving straight ahead, and for someone who had never towed a trailer before, backing up with it seemed like an impossible feat.

With the help of our neighbors, we got the trailer parked at the site, unhitched and hooked up to power, water and sewage (surprisingly not as bad as I thought it would be).  It literally took a community of campers to get us set-up.  We made some new friends with our super helpful campground family and started unloading the truck and getting set up in the trailer.  We hope to one day be pros at hooking up and unhooking our trailer so we can pay it forward to other RV newbies down the road (no pun intended…haha). 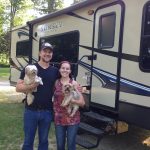 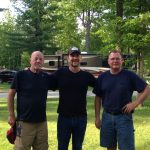 Getting help from the neighbors 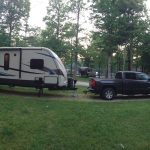 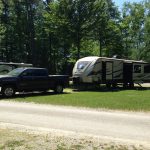 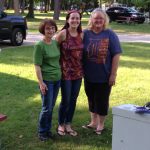 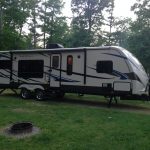 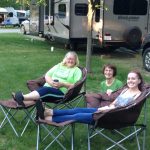 Kicking back with our new friends 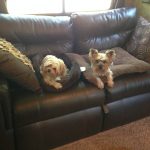 The pups are already comfy in the new trailer 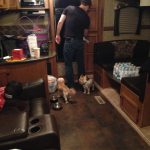 Trying to figure out where to put everything now 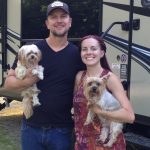 These days were spent getting unpacked and situated in our trailer.  Unfortunately, there were a lot of things we had intended on bringing for this trip that didn’t fit in our truck and had to be left in storage.  Plus, we never realized how many extra items trailers need.  So we compiled shopping lists and set out to get everything we needed.  We gradually obtained the necessities and got completely unpacked and settled into our new home on wheels.

While driving around Birch Run, Michigan, we noticed that the homes had HUGE lots with no fences dividing the lines between them.  Also, our allergies were horrible! You can physically see the pollen floating through the air, and our truck was covered in a yellowish-green powder.  Oh…and we got eaten alive by bugs! So many bug bites! We’ve got to get into the habit of regularly spraying ourselves with bug repellant.

We attempted to build a campfire the second night we were there.  I say “attempted” because we really were quite pathetic.  As campfire novices, we were using a magazine as kindling, a lighter and some firewood with no luck.  We looked across the way at some other neighbors with a glorious, blazing campfire.  It was the most beautiful campfire I had ever seen, and I’ll admit, I was jealous.  I had total fire envy! 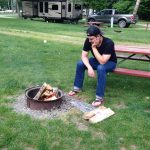 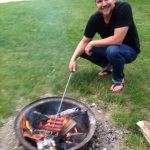 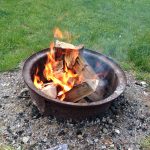 We laughed at ourselves and wondered if we should go ask them for help.  I finally decided to request their assistance and made my way over to their pro camping site with its neon palm tree.  I laughed as I explained that we obviously had no idea what we were doing, and they laughed because before I had gone over there asking for help, they had wondered if they should come over to us and offer to help us.  Haha! With their fire-starting brick and flame-thrower, we had ourselves a roaring campfire in no time! We then barbecued some hot dogs and polished off two bottles of wine.  A nice night indeed.  🙂