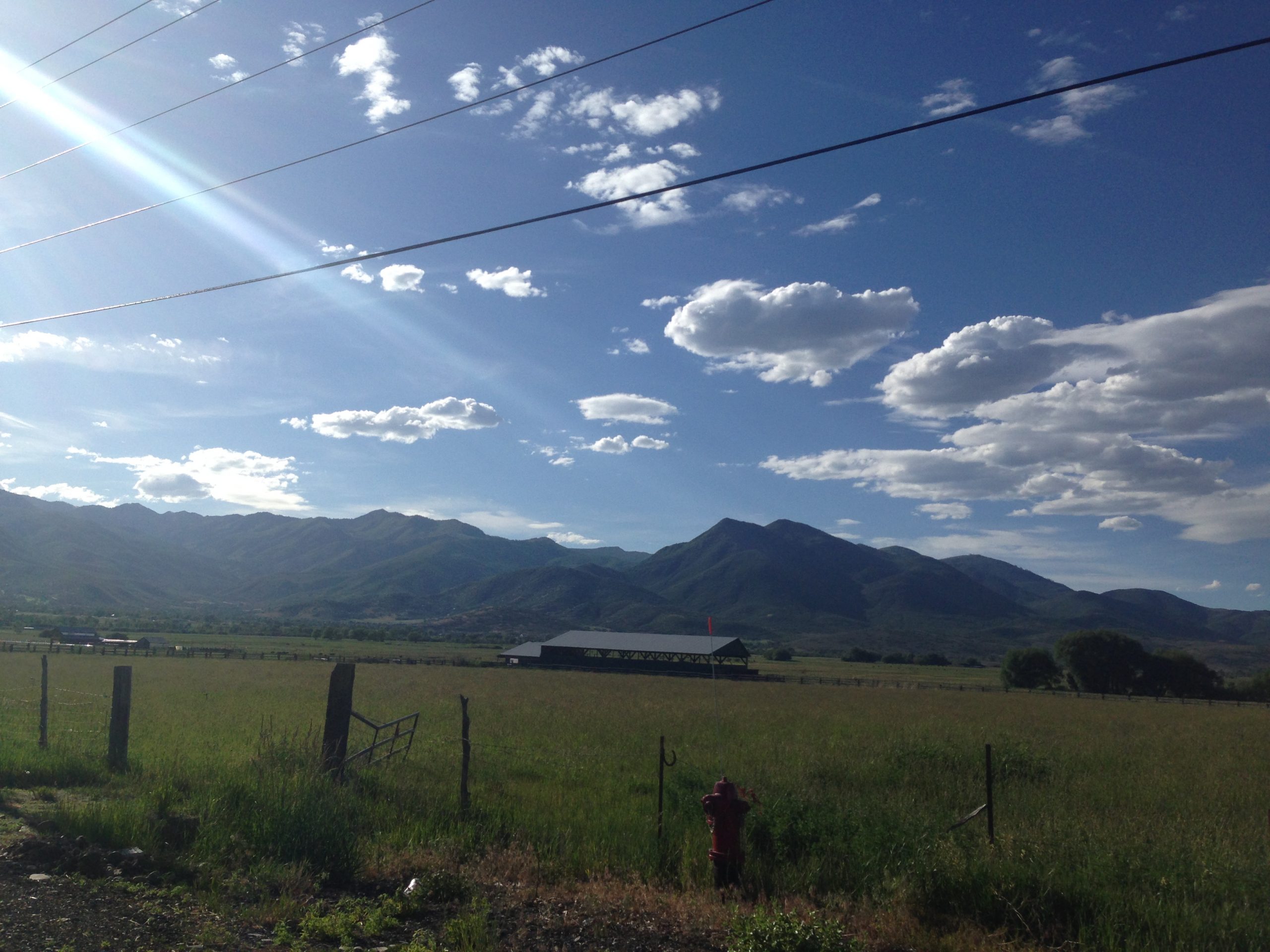 After a day in Moab, we were ready to move on and headed North towards Salt Lake City, Justin’s hometown. Justin misses Salt Lake City and Utah in general. He’s been telling me for years about all the good spots in SLC and has been really excited to show me all of them in person. He’s actually trying to convince me to move to Salt Lake City at the end of this trip. He thinks Salt Lake City might be our final destination. I’m not convinced though. Haha!

We’ll be staying about 40 miles outside of Salt Lake City in a town called Heber City.  Heber City is located in the lovely Heber Valley surrounded by the picturesque Wasatch Mountains.  Later in the day, when the light hits the many facets of the hilly mountains and covers the ranches bordering the town, the valley seems to glow, and the scene is breath-taking!

We were originally planning on staying in the area for a week, which would be our longest stay at one place so far.   After Utah, we’ll be spending a few days with family in Las Vegas, NV and Phoenix, AZ. We realized that 4th of July is coming up soon though, and we didn’t want to run into another Denver fiasco by having campgrounds fully booked and nowhere to park our trailer. So we extended our stay in Utah for an extra week and will be in Vegas for the 4th of July weekend.

Knowing we’re going to be in one place for a couple of weeks is refreshing. It’ll be nice to set up camp and not have to unhook everything in a day or two and then drive for hours to another destination. Not that I don’t enjoy seeing new places every few days, but it gets tiring after doing it for weeks on end. Plus, now we won’t be rushed to try to see and do everything in just a couple days. Justin has a long list of places he wants to take me to, so now we’ll have enough time to do them all as well as do some exploring in-between.