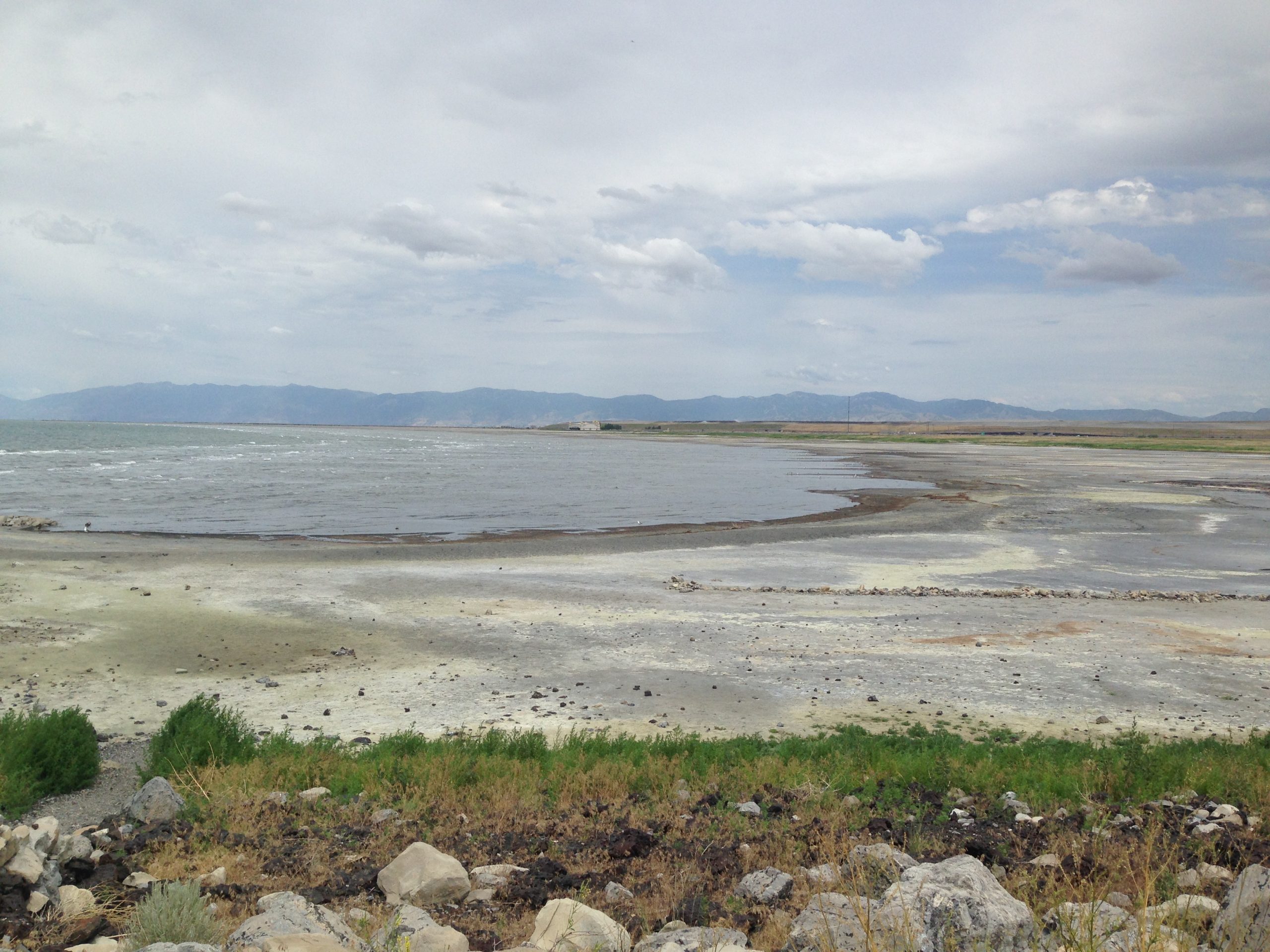 Today happens to be my 29th birthday, just one year away from the big 3-0…eeek! I have to admit that I’m proud of myself for doing this trip before I turn 30 years old. I feel it’s quite the achievement. I like to think that if I can see all 48 contiguous states before turning 30, imagine what I can accomplish by the time I’m 40, 50 and even 60 years old!

After hiking the past few days, I was pretty sore and worn out though. I decided to take advantage of the jacuzzi at the campground and soaked for a while in the morning. I took it easy the rest of the day working on the blog while Justin watched World Cup.  We had finally figured out how to get cable in the trailer…yippee! Not that we plan on spending a lot of time watching TV, but once in awhile, it’s a nice option for relaxing.

Later in the evening, I had wanted to pick up some wine.  However, in Utah, you can’t buy wine, full-strength beer or hard alcohol in grocery stores (they only carry 3.2% alcohol beer).  You must purchase them in State Liquor & Wine stores, which are closed on Sundays.  They’re also expensive! For these reasons alone, I don’t think I can live in Utah.  Haha!

After stopping at the State Liquor & Wine store nearby, we drove up Emigration Canyon to Ruth’s Diner (another Diners, Drive-Ins and Dives restaurant) where we had dinner on their lovely back patio amidst a large tree.  The food was marginal (except the rolls; the rolls were fantastic!), but the ambiance was charming.

On our way back to the campground, Justin pointed out a statue at This is the Place Heritage Park saying that was the location where Brigham Young and his followers decided that they were going to make the valley of Salt Lake City their permanent home.  I decided that I had to see what it was about that particular spot that made them decide to settle in Salt Lake City, so we drove over to the statue.  There was a nice view of the valley with the Great Salt Lake in the distance, and as we were leaving the park, we saw a deer next to the road.  🙂

This was another restful day spent at the campground, which was nice for a change to just stay put and not drive anywhere.  I worked on the blog again, and Justin read a book that had been given to me by my manager.  In the evening, we sat in our lounge chairs next to the trailer and sipped wine while we watched the sunset.

We ventured back into Salt Lake City where we walked around Temple Square in the downtown area.  Even though we didn’t visit Temple Square for religious reasons, it was still fascinating to see the temple, tabernacle, office building and surrounding area.  The grounds were pristine, and the buildings were impressive.

One thing that was really interesting about Temple Square was the Great Salt Lake Base and Meridian.  The entire town of Salt Lake City is based on a grid structure.  The majority of the streets are generally numbered in 100 increments and labeled with both a North/South and East/West coordination.

They are all based on the location of the Base and Meridian, which is the origination point of the street system.  For example, the address for the sushi restaurant we went to before is 336 S. 400 E., which means that it’s located in-between 3-4 (3.36) blocks South and 4 blocks East of the Base and Meridian.  It was confusing at first, but it really makes a lot of sense when you think about it.  You don’t even need GPS if you have an address!

From downtown Salt Lake City, we drove to the Great Salt Lake.  We didn’t do too much exploring around the lake though as there was a funky odor in the air, the ground was hard and crunchy from all the salt, and there were dead birds with gnats everywhere.  It wasn’t too impressive other than the fact that it’s the largest salt water lake in the Western Hemisphere.  At least I can say I’ve been to it though.  🙂

On the way back to Heber City, we stopped by Justin’s uncle’s house where we visited with two of Justin’s uncles, one of which he hadn’t seen in nearly 20 years!