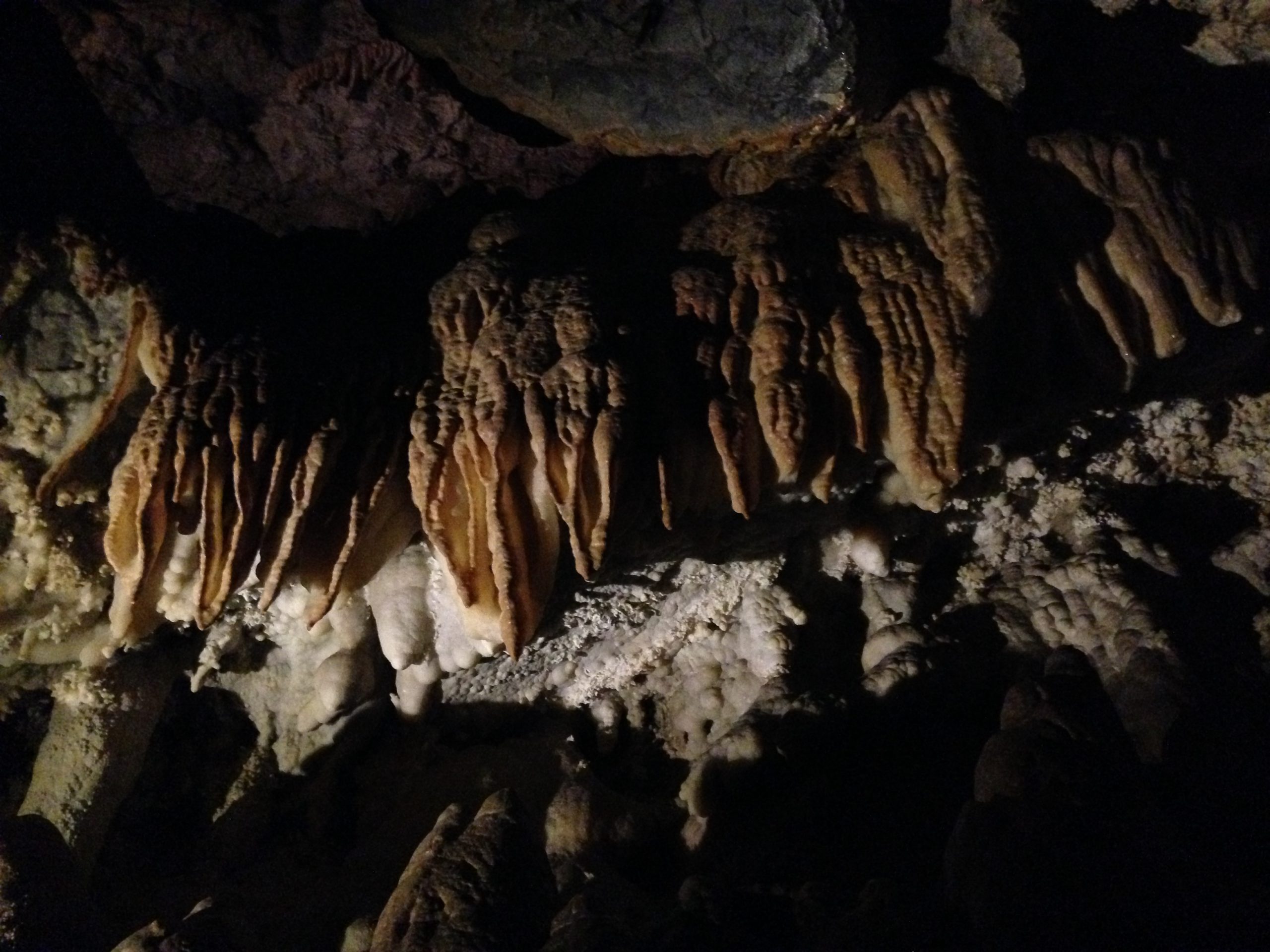 I broke out my electric griddle this morning and made a hearty breakfast of pancakes and turkey bacon.  We were going to be doing a long hike later in the day, and I didn’t want us to get hungry in the middle of it. Our hike took place at Timpanogos Cave National Monument at Mt. Timpanogos in the Wasatch mountain range. We wanted to see the cave, so we had made reservations a few days ago for the cave tour as it requires a ticket ($8 per person at the time we went) and often sells out during the summer.

We started hiking up Mt. Timpanogos around 1:30pm and didn’t reach the cave entrance until about 2:45pm. It was a steep 1.5-mile hike up the 1,092 feet to the cave, probably the steepest, most strenuous hike I’ve ever done in my life (and I’m not new to hiking). We got quite the workout though, and luckily, it paid off. Not only did we enjoy the rugged mountain terrain and stunning views of the Pleasant Grove valley below, but also the cave itself was amazing!

The cave is still alive or active, meaning that it’s still growing and evolving. Therefore, you’re not supposed to touch any part of the cave as the oil in our hands will damage it and change the structure. There were multiple caverns that often required bending, crouching and ducking to avoid brushing the wall growths to be able to pass through the narrow and low passageways. So many different sizes and textures of cave formations! They were fascinating and extremely tempting to touch with their wet and often slimy-looking surfaces.  But alas, no touching allowed, photos only.

At one point, the Ranger giving the tour turned off the lights in the cave, and it was literally pitch-black. You couldn’t even make out shapes or your own hand directly in front of your face. However, as creepy as the blackness was, it felt as though I was being embraced by it, which was a strange, somewhat comforting feeling. In a way, it seemed like “What you can’t see can’t hurt you.” But then the lights were turned back on, and I was reminded that I was underground, in a cold, damp series of caves. The temperature inside the caves is an average of 45 degrees Fahrenheit, the typical temperature of a refrigerator. Brrrr!!! Good thing I brought a sweater!

After exiting the cave and hiking back down, we were reminded how high up in the mountains we were with the surrounding scenic views.  The icing on the cake though for our time at the Timpanogos Cave National Monument area was seeing a family of bighorn sheep crossing the road directly in front of our truck! How incredible is that?!

We then headed into Salt Lake City where Justin gave me a tour of his old neighborhood.  He showed me his old house that he grew up in, his elementary school, his high school, plus many of his old hang-outs, such as Scone Cutter where I tried a scone and Hires Big H restaurant where we had a cheeseburger and fries (with Utah’s famous fry sauce of course) for dinner.  He then took me over to Iceberg for a milkshake (shakes are big in Utah, and many restaurants offer them).  Justin’s favorite shake flavor from Iceberg: Bubblegum! 🙂