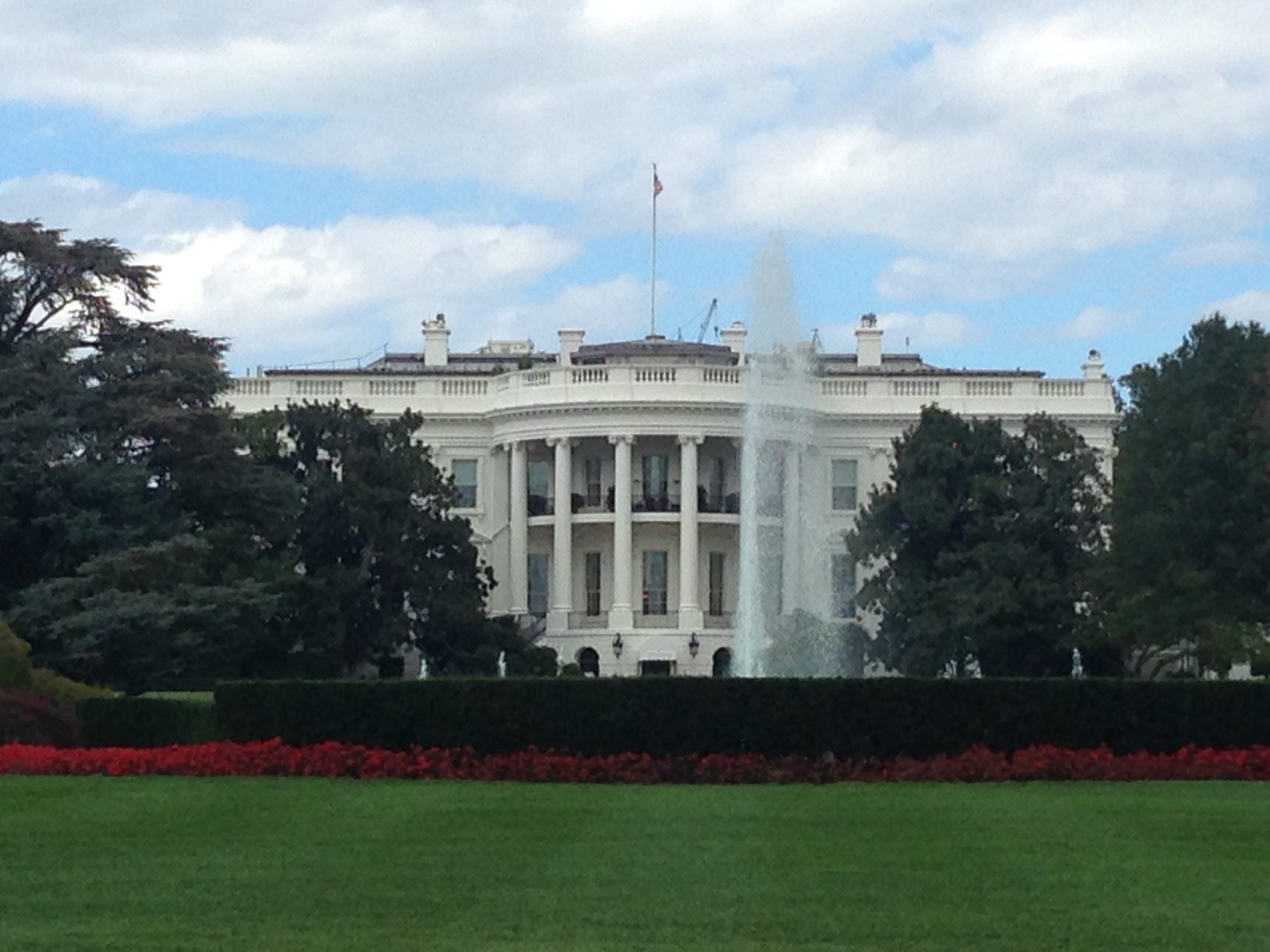 This was a driving day. We thoroughly enjoyed our time in Pennsylvania and appreciated all the historic places we were able to see. But with our tour of the state now complete, it was time to move on. So we left Pennsylvania today and began heading south. While en route to our next destination in Maryland, we drove about 20 miles out of our way to take a detour to Delaware. On our way through Delaware, we passed by the town of Wilmington, the largest city in the tiny state. A few hours later, we made it to Maryland and passed through Baltimore, MD. We were staying at an RV park in College Park, MD, because it was the closest one to Washington, D.C. Tomorrow is the big day to visit our nation’s capital!

Map of the National Mall in Washington, D.C.

Not far from our campground in Maryland was a subway station. From there, we took an easy subway ride into Washington, D.C., early this morning. Our goal was to visit the landmarks in the National Mall. The name would suggest a shopping mall, but that assumption couldn’t be further from the truth. The National Mall is actually a national park in downtown D.C., which mostly consists of the area between the United States Capitol building and the Lincoln Memorial. When we arrived, it felt as though the city was still waking up. It was a crisp, overcast morning. The streets were quiet, and the sun was just beginning to pierce the clouds and illuminate the buildings.

Being in Washington, D.C., a place I had previously only seen on TV and in photos, was utterly surreal. Before we planned this extensive road trip, I never thought I would have visited the federal district. We had always been so busy with work in the past. Anytime we went on vacation, I just wanted to relax and had no desire to sightsee. But now I was thrilled to have the opportunity to tour our country’s capital! We began by walking a few blocks to the U.S. Capitol building atop Capitol Hill. From there, we could see the Washington Monument standing tall and proud in the distance. There is a large grassy common area spanning the space between the Capitol building and the Washington Monument.  The sun was now fully shining, and people were taking advantage by playing flag football in the expansive stretch of lawn. We took the unpaved path alongside the grass and then crossed the street over to the National Archives Museum. After waiting in line, we were able to view the Declaration of Independence, the United States Constitution, and the Bill of Rights! Sadly, we weren’t allowed to photograph anything, so you’ll just have to go there yourself to see the historic documents in person. 🙂

We then walked to the Washington Monument, which somewhat marks the center of the National Mall. At just over 554 feet and 7 inches high, the memorial is the tallest obelisk in the world as well as the world’s tallest stone structure. Standing in front of the obelisk and stretching our heads back as far as possible, we still couldn’t see the top. We laid on our backs in front of the memorial and placed our feet up on the side of the building. As we looked up, it seemed as though the obelisk ascended indefinitely into the sky. From this vantage point, we could see that the marble stones composing the structure are two different colors. There is a definite dividing line of the varying shades of marble about 150 feet up. This is because construction began on the memorial in 1848 but was delayed from 1854 until 1877. Hence, you can see where the construction began again on the two-tone obelisk.

Past the Washington Monument was the World War II Memorial with fountains and pillars holding a wreath-like metal ring for each state. There is also the Freedom Wall, which consists of 4,048 gold stars. Each star represents 100 Americans who died in World War II or remain missing. The wall densely covered in gold stars really emphasized the number of casualties from the war and gave me an amplified appreciation for the soldiers.

The Lincoln Memorial was our next stop. On our way there, we strolled alongside the Lincoln Memorial Reflecting Pool, the site of numerous historic political events. After scaling dozens of steps and squeezing our way through the crowds, we were standing next to the iconic statue of Abraham Lincoln. Looking out from the memorial, we could see the Reflecting Pool, the Washington Monument, and the U.S. Capitol. It was amazing to see all of these landmarks at the same time. At this point, there were now thousands of people around. I usually hate having random people in my photos, but I actually liked observing all the people surrounding the Lincoln Memorial. Everything seems to be so white and beige in D.C. The juxtaposition of the monotone governmental shades with the rainbow of people dotting the steps of the memorial was definitely welcomed.

The last site we visited was the White House. It was smaller than I expected it to be, but wow…I couldn’t believe we were standing in front of the actual White House! This was something I could now cross off my bucket list! In all honesty, I’ve never really been into politics or history. But being able to see so many historically symbolic buildings and memorials in person was incredible!

After all the walking we did, we had developed a voracious appetite. However, the dining choices seemed limited in the National Mall area. The closest restaurant to the White House that we came across was the Old Ebbitt Grill. When we discovered that the famous grill had been open since 1856 and is the oldest bar and restaurant in Washington, D.C., we knew we had to have lunch there! Unfortunately, the food was average, but the interior was plush with rich wood paneling, brass fixtures and green velvet booths. By the time we left the restaurant, exhaustion had set in. Since we had seen everything we set out to see in D.C., we hoofed through the downtown area back to the subway. We came, we conquered, we called it a day. 🙂